The trail is bright white; few footprints mark it. Until a group of 1st and 2nd graders tread back and forth upon it in their heavy snow boots. They make little forward progress because they’re fascinated with what they’re finding beneath their feet.

Every few steps, they drop to their knees like ice anglers, reel in long strings and examine their catch. Not fish, but fragments of minerals and micrometeorites hooked by the strong magnets at the end of their lines.

Students swing their magnets on the ground, searching for minerals and micrometeorites.

On this mid-November Thursday, these students are knee-deep in snow and space rocks at Outdoor Learning Days, a new youth education program for 1st – 5th graders offered this school year at Dodge.

As they slowly make their way to Challenge Hill, they kick snow aside and drag magnets on every bare patch of trail. Then the magnets morph into invisible puppies, coaxed with leashes and calls of “Come on, Fluffy!” Another magnet is deemed not a dog, but a lizard with a sticky tongue. 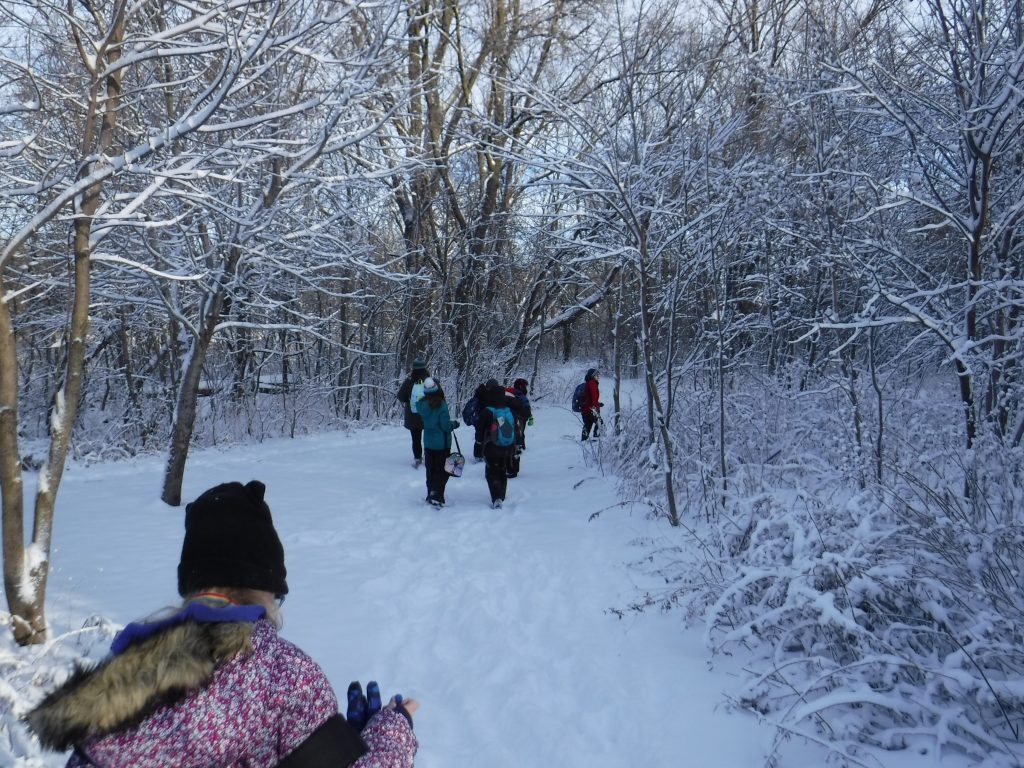 They’re an imaginative and whimsical bunch—but scientific, too. “We’re going to find meteorites, little shiny ones,” one girl says. “It’s something that falls from space and gets burned up.”

She and her classmates have been digging into the differences between asteroids, meteors, meteorites and micrometeorites in this “School of Rocks” themed session of Outdoor Learning Days. With magnets in tow, they found evidence of these outer space objects right here at the nature center. But micrometeorites were just one chunk of this richly layered class that ran one full day a week for three weeks.

The “School of Rocks” theme was developed by naturalists Teresa Root and Mick Garrett. Dodge has many resources to teach geology—a large rock and mineral collection, fossil specimens, rock hammers, goggles—but the topic is not among the usual 30+ field trip options offered. Naturalists knew it would be a new topic for students even if they had been to Dodge before, and it would spark their own creativity, too.

Naturalist Mary Dybvig and Naturalist Fellows Julia Zyla and Christina Weinman led the 1st and 2nd grade group on Thursdays. They aimed for students to understand how rocks form by letting them get their hands a bit dirty, dusty and muddy. Kids dipped into water, sand and snow on the 30-foot-long stream table to learn how sedimentary rocks form as layers of particles are deposited. 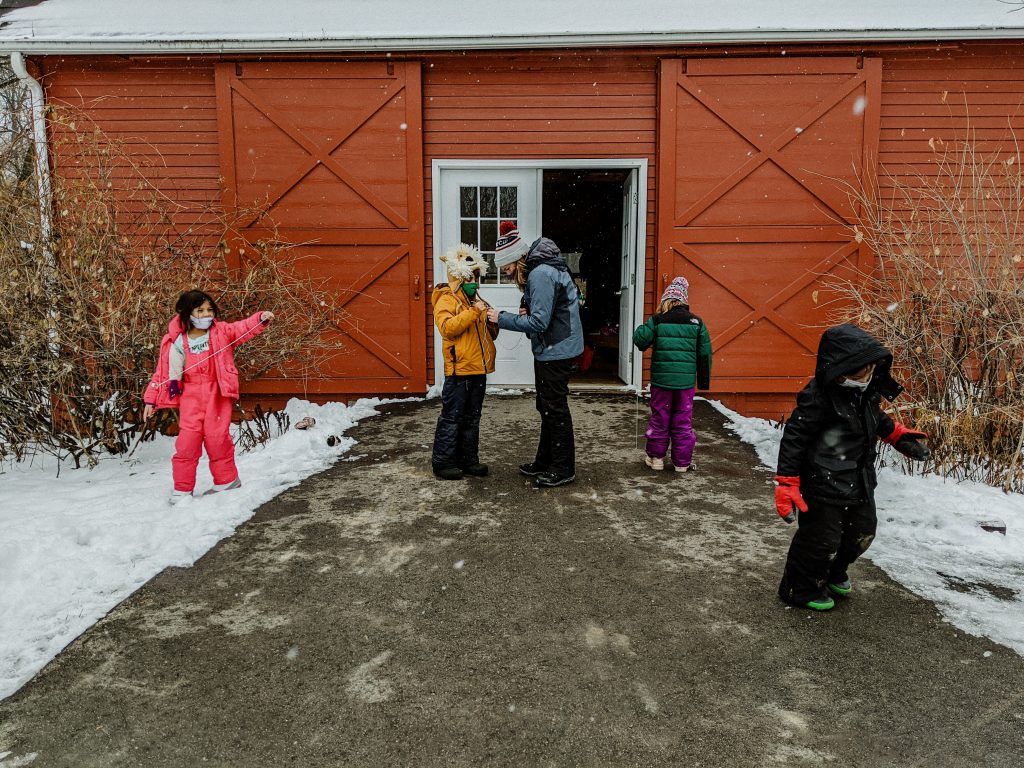 Students group by the Museum to gather materials for their next experiment.

To model the volcanic creation of igneous rocks, they filled film canisters with vinegar, covered the cap in baking soda, then tried to quickly flip and seal the cap. If they did it fast enough, the canister erupted. “But there are no failures,” Mary says. “If your lava oozes and pours over the sides instead of explodes, that’s just another process.”

Kids had plenty of opportunities to explore and play in the outdoors, too—something they especially need during the stress of the pandemic.

Once they reached Challenge Hill, the micrometeorite hunters hung their magnets in a tree, and took time for snow angels and sculpting. And, as they slid down the hillside like penguins, Mary noted they were engaging in the natural geologic process of erosion.

The sun is low in the sky on the final day of the School of Rocks, and all the kids, 1st through 5th graders, gather in an open field. It’s time for one last scientific demonstration before parent pickup. 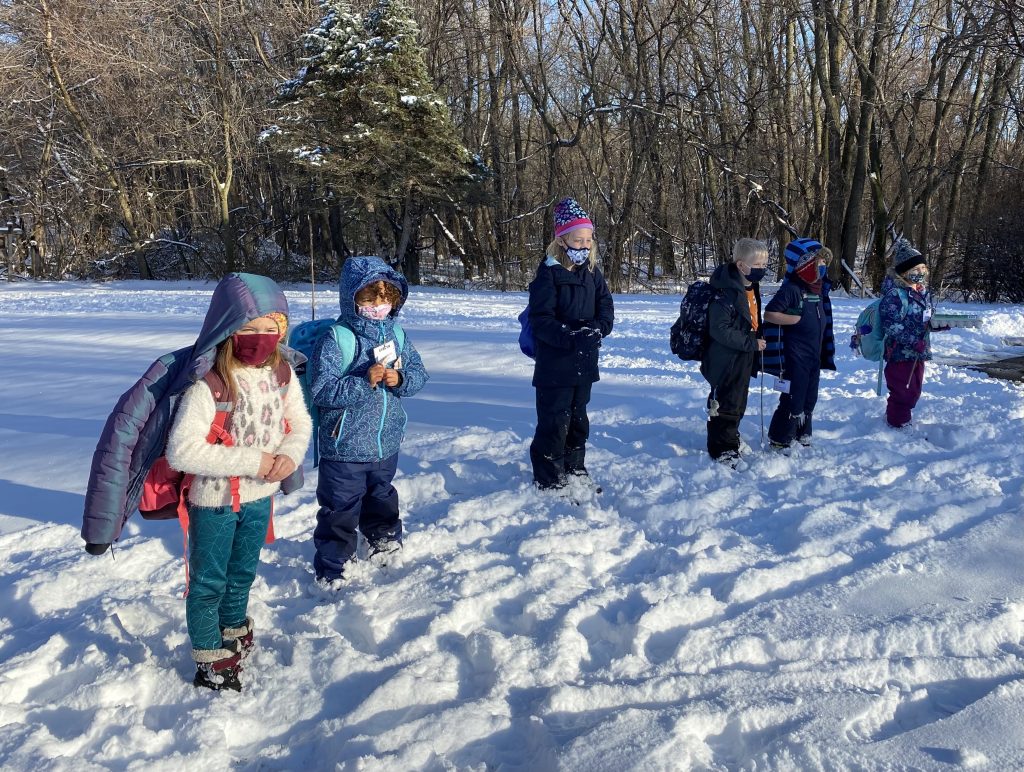 “We wanted something they would still be talking about when they got home,” Mary says. “And at the same time, reinforce those concepts we’ve been talking about.”

The naturalists thought the kids might lava an up-close view of volcanic activity. Cue an eruptive experiment using Diet Coke and Mentos candy.

Teresa starts the countdown; the kids join in, voices and boots bouncing off the snow in excitement. 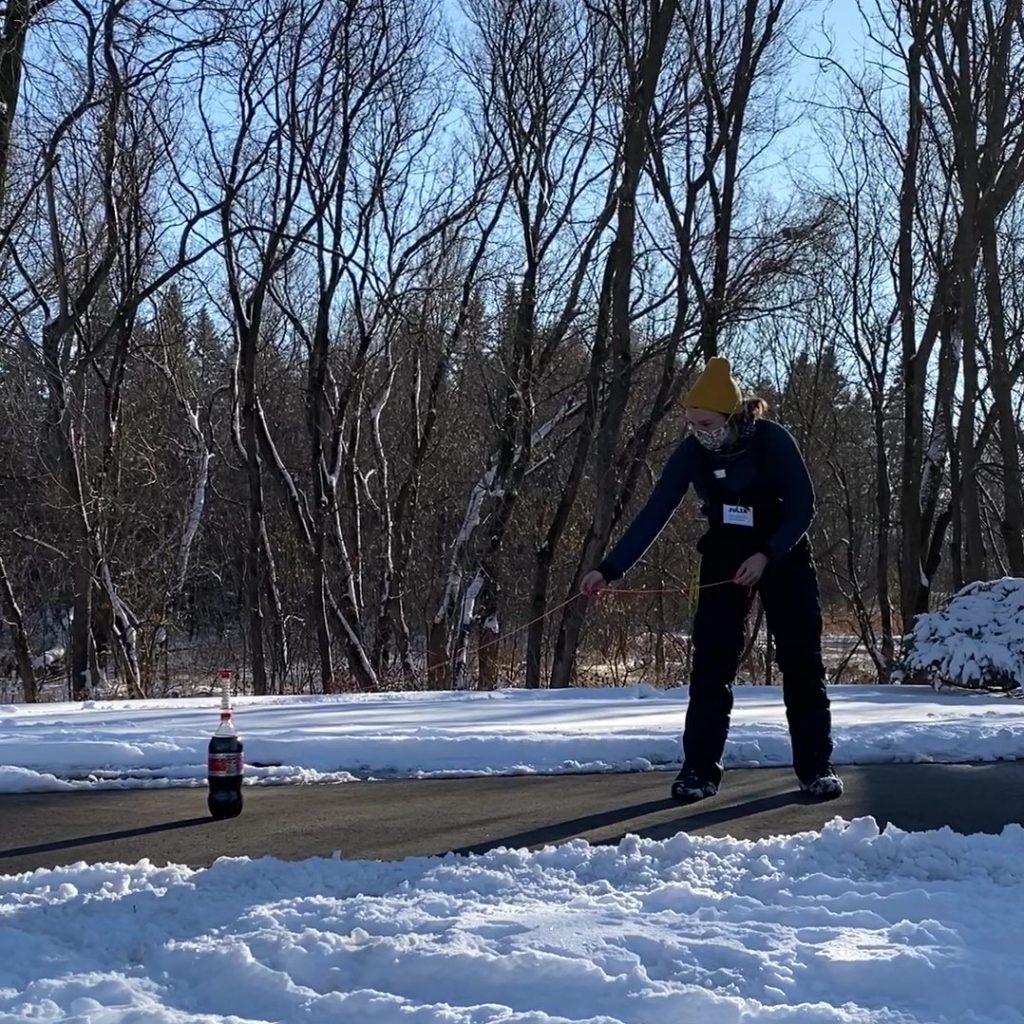 Julia pulls a ripcord, and backpedals from the 2-liter bottle as the candy drops down into the liquid. A geyser of soda shoots skyward, 15 feet in the air. The hiss and sizzle of coke hitting the pavement is audible even over the happy shouts of 20 children: “It’s raining coke!” “Can I drink it?” “Can I do this at home?”

No, Dodge didn’t give them candy or soda to bring home. But every kid has a ‘rock box’ made from an egg carton; inside, a new rock collection formed from what they had found at Dodge and a Lake Superior agate, the Minnesota state gemstone.

Worn and tired—but exhilarated—they roll and tumble down the hill to their waiting parents.